Sexual violence affects as many as 27.5 million women in India, though only one per cent of the victims report the crime to police, says a report in the latest edition of British medical journal, The Lancet.

According to the report, rape incidents in India are receiving extensive media coverage in the aftermath of the December 16, 2012 gang rape and murder case and the recent gang rape of a young woman on the order of the village panchayat. 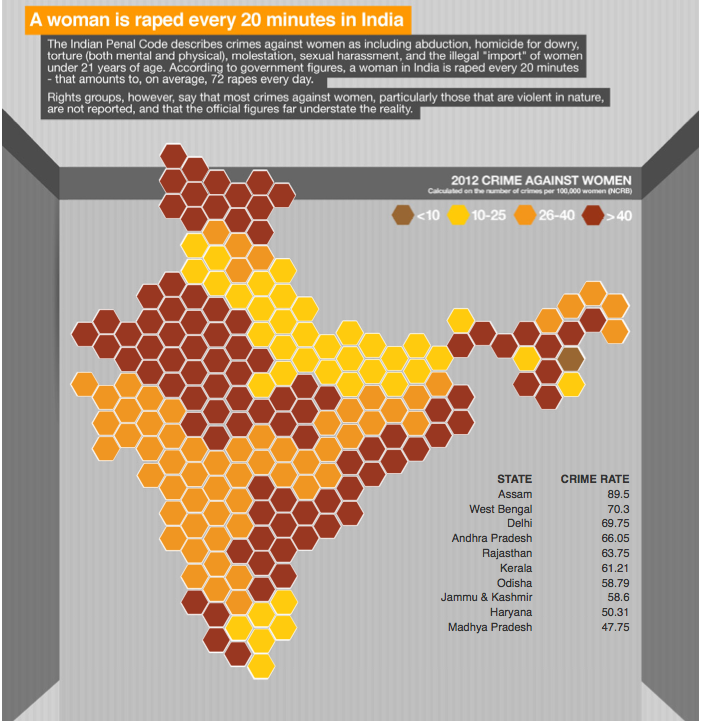 Quoting National Crime Records Bureau data, the report suggests a rise in reporting of rape to police, particularly in 2013. “Past year, increases have been attributed to better support for victim disclosure, but actual rape incidence might be increasing.”

“The substantial number of gang rapes suggests a social and peer support for men perpetrating sexual violence in India. In view of youth involvement in rapes, young men might be particularly vulnerable to such negative peer influence,” it added.