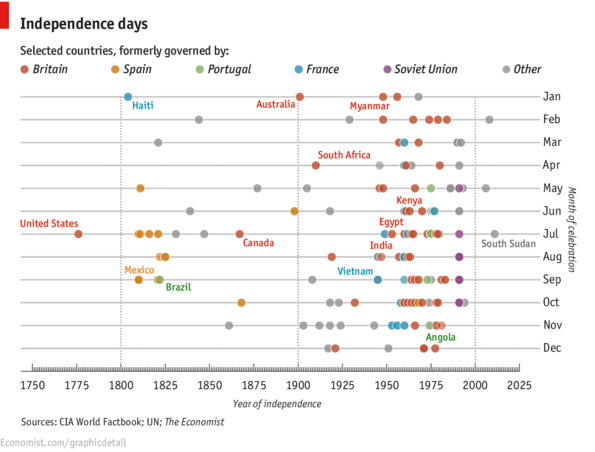 AMERICANS celebrate their independence from Britain on July 4th with fireworks, hot dogs and a sea of Star-Spangled Banners. Freedom in 1776 came around 170 years after the first English settlers landed. The United States was the first of more than 50 countries that eventually became independent from Britain.